The Number 10 Downing Street front door is being featured for the first time on a new set of Royal Mail Special Stamps.

10 Downing Street, the world’s most famous front door, is the official residence of the First Lord of the Treasury, and thus the residence of the British Prime Minister, as in modern times the two roles have been filled by the same person. It has fulfilled this role since 1735.

The Downing Street stamp is one of a set of 26 1st Class UK A-Z stamps which showcase some of the most well-known landmarks across the United Kingdom. 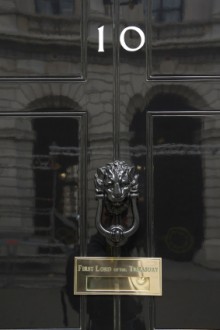 “The UK has some of the most beautiful landscapes and fascinating heritage, things that we can all be incredibly proud of. I am delighted to see some of our most loved landmarks on these stamps, celebrating much that is great about our country. Seeing the front door of Number 10 featured on a stamp is of course particularly special,” said David Cameron, the Prime Minister.

According to Royal Mail, the set of 12 stamps covering letters A-L feature some of the UK’s most famous landmarks such as Angel of the North in Tyne and Wear, Blackpool Tower, Carrick-a-Rede in Northern Ireland, Edinburgh Castle, Forth Railway Bridge in Scotland, Glastonbury Tor in Somerset, Harlech Castle in Wales, Ironbridge, Jodrell Bank, Kursaal in Essex, and Lindisfarne Priory in Northumberland.

The Part 2 of 1st Class UK A-Z Special Stamps, covering letters M to Z, will follow in April 2012 and reach your post boxes.

Any time soon, expect to find in your mail box a mail with the Downing Street stamp.