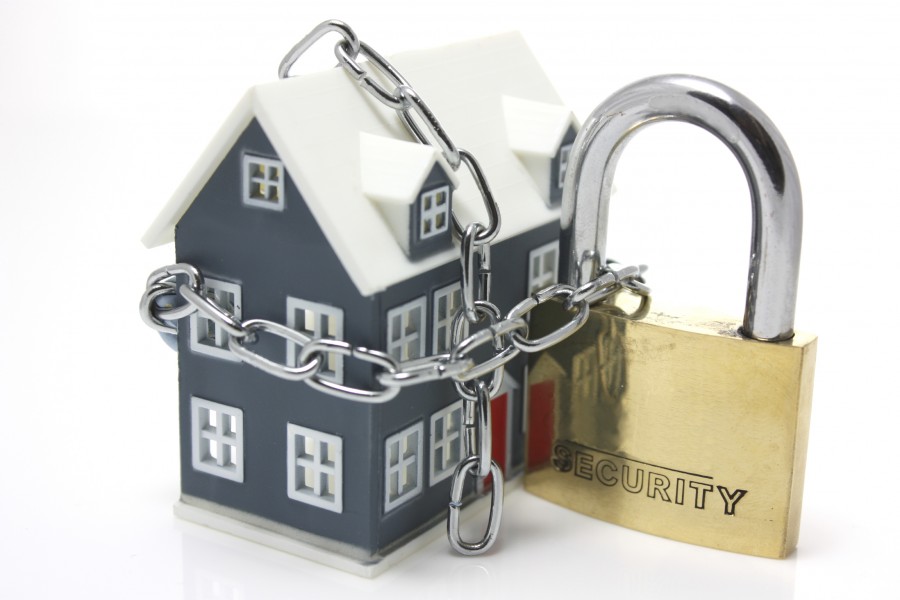 As Christmas approaches and we start to spend more nights settled in with a film, we wanted to take a look at home security in the movies. We’ve seen it time and time again on the big screen, fancy gadgets and technology that seem to be indestructible, only to fall victim of a power shortage or ‘intruder alert’ moment. It makes for great plot twists but home security? Not so much! Let’s take a look at some of the most memorable home security moments in the movies…

A young Kristen Stewart stars in this edge-of-seat thriller alongside Jodie Foster, in one of the most famous home security-themed blockbusters. When their home is invaded by three men searching for a missing fortune, the mother and daughter lock themselves in their ‘panic room’. The purpose built, fortified room in the house has concrete and steel floors and walls, a video surveillance system and separate telephone and PA system. The panic room was actually never broken into, making it one of the most successful home security systems in the movies, ever!

A rather disturbing and horrifying concept, The Purge is based on the premise that one night a year, all crime is legalised. For one family that means locking themselves in their home and essentially hoping for the best… Their home security system is supposedly impenetrable and steel walls and windows lock the house down at the touch of a button – a little unrealistic. The house does however have a complete video surveillance system that allows the family to watch the frightening goings on outside. As with any horror, there’s of course a catch and this one being that the security system fails when the power is cut – terror ensues and the only thing to take away from this is to always have a backup system!

A more light-hearted and family friendly movie, The Pacifier stars Vin Diesel as a disgraced Navy SEAL put in charge of five children whose father had recently died. As their ‘nanny’, his role is not only to make the lunches and deal with rebellious teens, but to find a device located somewhere in the house that their father was desperately keeping hidden from his enemy. The hilarious twist is that Vin Diesel has to perform the ‘Peter Panda dance’ in order to open the father’s secret vault. It makes a change to the usual fingerprint, retina recognition devices often seen in the Bond movies!

And then there’s always the creative, imaginative and downright ridiculous method of letting a child secure the home… Probably everyone’s favourite! The famous scenes in Home Alone show a young Kevin McCallister outsmart ‘The Wet Bandits’ when they try and break into his home. Strategically placed nails, hot irons, paint buckets and even a tarantula provide plenty of comedic value, but the burglars still manage to get in. Then again, if Kevin had simply set the burglar alarm there wouldn’t be much premise for the movie we’ve come to know and love every Christmas!

@TalkWithSafe on Twitter and let’s continue the discussion! Which favourites have we missed?

Home Security in the Movies by JonathanNovember 30, 2015At Home, Just for Fun, Misc, Website0 comments