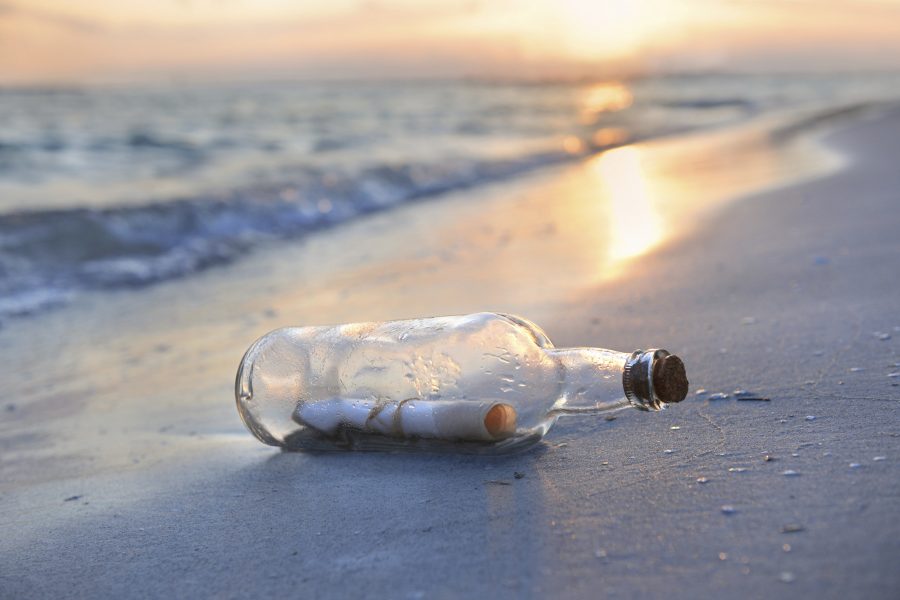 It’s fascinating to think of all the weird and wonderful items that have been locked away, buried in time capsules or concealed in walls and floorboards over the last few hundred years (maybe even thousands!). As part of our ongoing Treasured Memories campaign, we’re exploring the captivating world of ‘time capsules’, whether buried in airtight containers or tins found under floorboards. We’ll also be working with a local school to bury their very own to be discovered by students of generations to come – more on that soon!

We’ve had some fun researching the various reported findings that have been unsurfaced over the years, and here are our favourites…

Electronic giant Panasonic undertook an extensive time capsule project in celebration of the Japan World Expo in 1970. Two identical capsules were buried, one of which will remain sealed and buried for 5,000 years; the other was opened in 2,000 and will continue to be opened every 100 years to be inspected, cleaned and help keep the items in tip top condition. The planned open date for both capsules is 6970 – finders will discover a Slinky, glass eyes and a Hiroshima atomic bombing survivor’s blackened fingernail(!) among other items relating to the arts and natural and social sciences.

Time capsules are a piece of cake

In the summer of 2013, those renovating a local funeral home in Niagara Falls stumbled upon a time capsule from the year 1948. They were probably expecting a wealth of interesting artefacts and of-the-time musings. The usual suspects were included; newspapers and postcards telling tales of recent news, but also inside, wrapped in wax paper, was a slice of cake!

Possibly the world’s oldest message in a bottle ever found

In 2015, retired Marianne Winkler found an old bottle washed up on a German beach. Inside the bottle was a message from 1906, written by British Marine Biologist, George Parker Bidder. As part of an experiment into ocean currents, Bidder released 1,020 bottles into the North Sea between 1904 and 1906, promising a reward of one shilling to whoever found a bottle. Marianne sent a letter to the Marine Biological Association and, low and behold, she received her shilling!

This is a really interesting concept, formed by Scottish-born Katie Paterson. A forest has been planted in Norway and in 100 years, it will provide the paper to print an anthology of books. One writer each year will scribe a text, with the finished works held in a specially designed area of the New Public Deichmanske Library in Oslo. The idea is to create a special collection of books that will be enjoyed by readers in the future, with present generations merely able to follow the progress of the forest growth.

A Bel Air home built in 1926 concealed a wealth of jewels, discovered by its modern-day renovators. Hidden under a panel in the vanity unit was a stash of vintage jewellery from Mexico! They also cleared out the five fireplaces only to discover all sorts of items that hadn’t burned in the flames. Among these were an invite to a Roy Rogers party and a small ring box containing three small rubies!

In 1983, Steve Jobs gave a talk at the Aspen International Design Conference in Colorado foreseeing a number of future technologies such as the iPad, App Store and wireless networks. Once finished with the talk, he placed his ‘Lisa mouse’, which was used to navigate the talk, into the Time Tube which was buried in a field in Aspen. It was planned to be excavated in 2000, but researchers were left puzzled when they couldn’t find it! It wasn’t until US TV show ‘Diggers’ found the capsule during an excavation in the area in 2013 that it was found.

Have you or your family ever buried a time capsule? What did you include inside? We’d love to hear your experiences, whether you buried one or have indeed stumbled upon one! Share your stories and photos with us on Twitter @TalkWithSafe and use the hashtag #TreasuredMemories. You never know, our favourite might receive a special message and a prize… (probably not in a bottle though, sorry!).

Strange things found in time capsules by JonathanNovember 18, 2016Community, News, Treasured Memories, WebsiteComments are off for this post