We’ve been helping homeowners secure their homes for 15 years now, yet we’re still surprised at some peoples’ blasé attitude to keeping their homes protected against burglary. However, we’ve taken a look at our sales data and the good news is, the nation’s average spend on security products has increased by 12 per cent year on year, which is promising!

Sales of home security products per capita are the highest in Leicester, with homeowners here increasing their year on year spend by 86 per cent. Our lovely hometown of Preston came in second and Liverpool third for highest sales figures. Does that suggest we’re the cities most in fear of crime?

And what about the other end of the spectrum? Brighton and Cambridge are buying the least, with less than one piece of kit being bought per thousand people. The below map reveals which cities are buying the most and least security products. 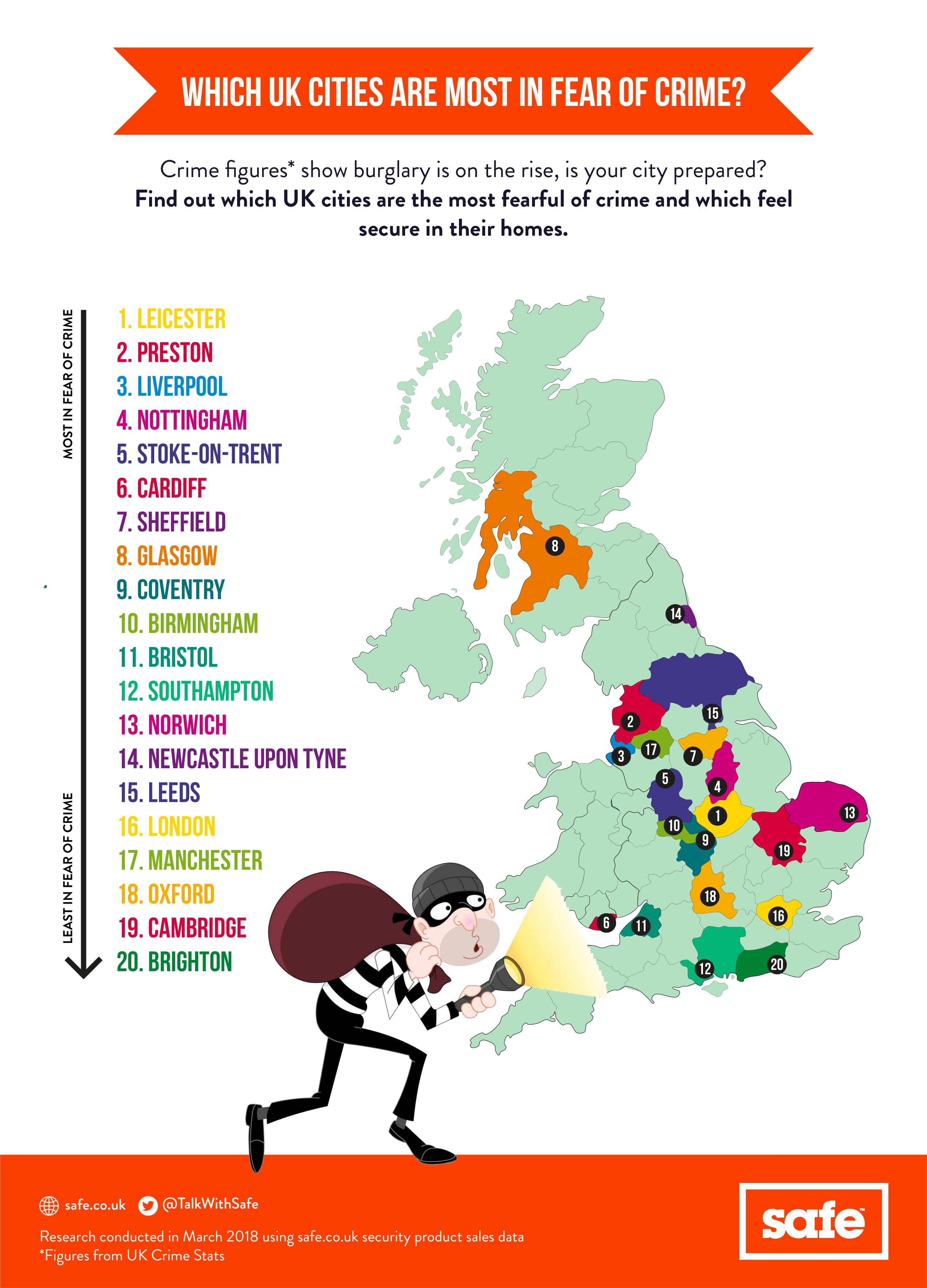 Year on year increases in sales figures show that our home spot of Preston (150%), Glasgow (106%) and Leeds (90%) have shifted their buying habits and become more security conscious.

Latest figures from UK Crime Stats show that burglary is on the rise, yet Coventry, which has one of the highest rates of burglary per capita, has seen the second highest reduction (26%) in security products bought, year on year. Other cities found to be buying little home security despite high burglary rates are Manchester and Leeds, which are both in the top 10 most burgled cities in the UK. Even though Leeds is one of the most-improved in terms of yearly figures, sales per capita in the Yorkshire city are still worryingly low!

Yikes… it still seems that many of us are not properly securing our homes, despite high burglary rates in some cities. Have you seen a marked improvement in your neighbourhood? What are your best security tips? Let us know on Twitter @TalkWithSafe and keep an eye out for our advice over the coming weeks!

Are you living in a city in fear of crime? by JonathanApril 11, 2018News, Security, WebsiteComments are off for this post

Similar Articles
10 Best High Security Safes
The Rise of Dog Theft: How to Keep Your Pets from Being Stolen
Top 10 Best Burglar Alarms for Peace of Mind This Winter

The Safest Cities in the UK
Britain’s out but safes are IN
UK Burglary Statistics
National Home Security Month: Week 1
Are our Christmas Presents at Risk of Burglary?