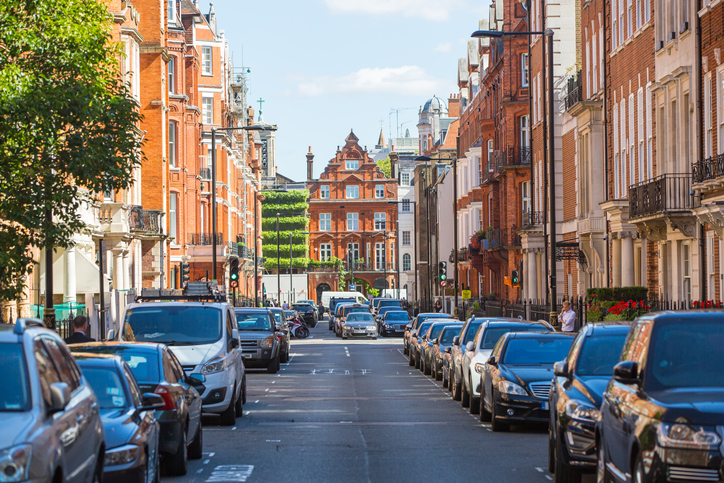 Revealed: The Riskiest City to Park Your Car

Have you had your car stolen in the last year? You’re not alone – 811,000 vehicles were reported damaged or stolen over the last year, according to Home Office statistics. Experts have put the rise in crime down to organised gangs using advanced keyless technology to remotely steal cars. Our research investigated the most popular car theft hotspots across the UK, supported by our own business data, to demonstrate which homeowners are taking extra safety precautions to ensure the highest vehicle security.

The total volume of incidents has increased in all regions of the UK. The largest increase
was seen in Yorkshire where the number of stolen vehicles doubled from 2014 to 2019, with one in 67 car owners reporting a stolen or damaged vehicle in the last year.

South Yorkshire had the highest number of car thefts outside of London in 2018/19, with
Sheffield being one of the top towns for the most car thefts in 2018 with 8,000 reported
thefts. However, according to our research, only 2% of vehicle safety devices have been
purchased across South Yorkshire since January 2019.

West Yorkshire presented similar findings, with one in 60 people reporting a car theft in
2018/19. However, 115,350 car owners who live in West Yorkshire have purchased car
security devices, demonstrating people are more cautious about protecting their cars.

Unsurprisingly, one in fifteen cars in London have been reported stolen or damaged in the
last year. However, our data has revealed Londoners take more precautions than any other
city, with Freedom of Information (FOI) data showing 22% of the UK purchase vehicle
safety devices to deter car thieves.

The most popular car theft hot spots across the UK (from FOI data):

Further research highlighted Manchester as the safest city for a parked car with only one in every 167 drivers reporting an incident. Safe.co.uk data demonstrates one in 20 drivers have researched and purchased a security product for their car.

Police.uk stated it can take as little as 10 seconds for a thief to steal something from a car and provide the following advice to help prevent car theft:

How to reduce your car’s risk of theft

Most modern cars now come with alarms or immobilisers as standard, but we would also suggest extra precautions as well. With the approaching dark mornings and nights during the winter months, drivers should be wary of opportunistic car thieves and take additional steps to ensure the safety of both themselves and their property.

Our top tips include using Security Posts and Wheel Clamps to physically prevent burglars from taking your vehicle. CCTV has a double effect – usually burglars will be deterred from
attempting a break in, but if they aren’t deterred, it could help you catch them.

A top tip that you will always hear is to never keep anything valuable in your vehicle, but if that’s unavoidable, then a small, Portable Safe will keep valuables protected and out of sight.

The Riskiest City to Park Your Car by Phillip RowlandOctober 22, 2019At Home, How to guides, News, Products, WebsiteComments are off for this post