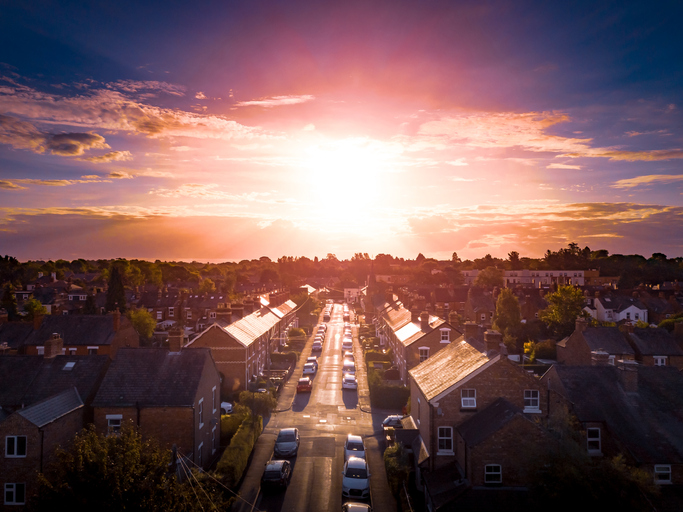 With over 380,000* burglaries recorded annually in England and Wales alone, we decided to take a look at how secure the nation’s homes really are.

Each property, its location and even value was assessed independently using criteria ranging from the levels of CCTV kit and types of window locks installed, through to the time at which the owners occupy their home each day.

A matter of national security

On a national level, we can reveal that millions of homeowners have inadequate levels of security to beat the burglar, with a staggering 68% of respondents not even protecting their home with a standard burglar alarm. Only one in five of us invest in CCTV and despite the increased sophistication and methods used by burglars – a mere 13% beef-up their defences with smart security devices and cameras. CCTV is one of the best ways to both deter and record unwanted visitors from your home, so it’s surprising that more people haven’t invested in this type of security.

When it comes to burglaries motivated by a desire to steal a vehicle, a worrying one in five respondents still leave their car keys on display in a porch or hallway by the front door. A surprising 14% even hang them on a key ring in the front door lock at night.

Barely half (41%) of people store their car keys in a safe, which we believe is one of the best ways to protect your vehicle from this type of theft, and can be vital to protect important documents, money and jewellery, as well as keys from burglars.

The following league table – listing in order the best to least protected properties – highlights where each city ranks in the home security stakes:

Glaswegians appear to be the best at protecting their homes, with Glasgow assessed to be the most secure city in the UK. An impressive 22% of homeowners own over seven internal and external security cameras, a quarter live in more secure mid-terrace properties and 27% fit their front door with a multi-point locking system – key factors analysed that contributed to the Scottish city’s high ranking.

In Belfast, just 29% of people use a safe, compared to 53% in Newcastle, who rank the highest in the country.

The most paw patrols happen in Bristol with 40% of homeowners owning a guard dog, compared to just 16% in Norwich who don’t rely on a canine companion to deter criminals.

Properties in Cardiff were exposed to be the most vulnerable to burglary in the study. Properties in the Welsh capital were scored down for factors such as only 4% deploying smart security, 11% using CCTV and 29% of owners only being at home at night when most burglaries happen in the daytime. Manchester also featured in the bottom three cities, despite its M20 (Didsbury, Withington) and M21 (Chorlton-cum-Hardy, Firswood) postcodes amongst the highest burgled areas in the country.**

Clearly property security varies across the UK, but what our study reveals is that there are many vulnerable homes out there, with varying levels of security. With lockdown easing and many of us getting back to work, it will leave our homes empty and vulnerable to attack from burglars once more. It’s the perfect time to start thinking about how we can make sure our properties are kept safe from intruders.

How your house value correlates with your level of security

While you might think that a higher house value might mean more security, we actually found the reverse.

We analysed security criteria in relation to average house prices and found that homeowners living in the lowest value properties – costing between £0-£100,000 – invest the most in home security kit to protect their pad. Over half (51%) of residents living in a property costing under £50,000 own a burglar alarm, whilst 34% invest in state-of-the-art CCTV security – 14% above the national average.

Interestingly in contrast, those living in properties valued between £450,000 – £500,000 have the most ineffective security measures and ranked bottom. It’s the combination of little to no security measures and these more affluent properties that would make them excellent targets for burglars. If your home is valued as such, it may be worth double checking your security practices.

How to improve your home’s security

In response to the findings, Anthony Neary our managing director said:

“It’s clear from our study that millions of homes across the UK are not adequately protected from burglary. Although investing in the latest security devices can deter criminals, there are also plenty of common-sense measures that can be adopted to make a property less vulnerable.

“We often find that those people who get into the mindset of a burglar or take the time to review weak spots in their home find the right levels of protection. I hope our findings act as a wake-up call for homeowners in cities such as Cardiff and Manchester.”

Our top five tips for improving your home’s security are:

The 2020 Property Security Study: How Safe is Your Home? by JonathanAugust 20, 2020At Home, Security, WebsiteComments are off for this post